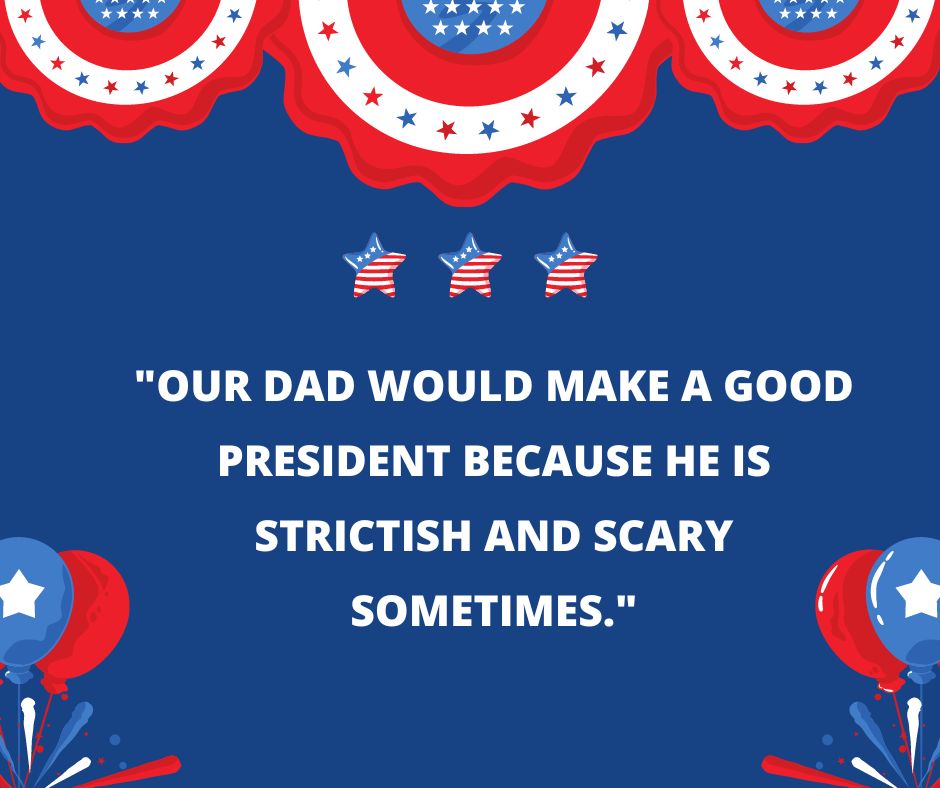 We don’t often talk politics in front of the grands because it’s just all too terribly depressing. For us. We’re not that concerned about them. They’re young and may live long enough to see the nation rally.

But somehow, in a FaceTime call with our son, five grands crowding around the phone’s camera and his wife in the background fixing dinner in the kitchen, the conversation turned to Presidents.

One of the kids said their dad should be President.

This was stunning as our son’s driving ambition is to get through the week, make it to the weekend, spend time with his family, then start the cycle again Monday morning.

We asked why their dad should be President and someone fired back, “Because he’s never been a politician, so he’s not crooked!”

We may not talk politics with them, but clearly someone does.

We asked if their dad had any other qualifications.

This was followed by murmuring and a consensus that a good leader should know how to frame a house, lay tile, build tables, install drywall and fix a leak in the roof. 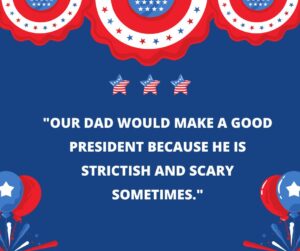 “He works a lot!” another yelled.

Heads nodded and clearly they all agreed that he works a lot.

“He works OVER hours!” a 6-year-old exclaimed.

“Maybe if he was President, he might work less!” someone else yelled.

Sure, there’s always a chance, but that one is doubtful as evidenced by our daughter-in-law in the background shaking her head “no.”

The husband then asked the group how their dad was with finances.

Then another yelled, “He should be President because he’s a percussionist!” which in essence was a non-answer answering the question about finances.

The 11-year-old, who had been outside, appeared and we asked if he would vote for his dad for President. He was quiet, perhaps he was stunned by the question. After 20 seconds elapsed with no answer, we said we’d put him down as “undecided.”

Then came another pitch for the presidency: “Dad would make people work hard and do their share.” This came from the 13-year-old who helps run the house and thinks her younger siblings could all do more.

“He’d be tough on crime!” someone shouted. “Like litter!”

They’d come to the end of their endorsements and I said, “What about your mom becoming President?”

Well, hooping, hollering and great excitement filled the room, and not just from our son but from the kids as well.

“What would your mom do for the country?” I asked.

“She’d give everyone a goat and a bunch of seeds to plant!”

Fabulous! A 21st Century take on “a chicken in every pot.” A goat on every lot!

“Did you know goats mow your grass?” someone asked. Well, if that wouldn’t cinch the nomination, what would? Food security and lawn care all in one.

There is a far greater chance of winning a billion-dollar lottery ticket than either of these two running, but it was an interesting discussion. Try it in your family. We might just reframe some of the things that matter most.