Many mornings I check CDC stats for my state and county to weigh the facts against the hysteria. Then I check the headlines to see what blew up overnight and to see what is still standing. 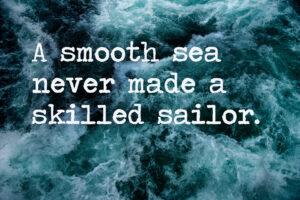 Or how about the housing market? A house on one end of our street just sold for $50K more than a house with the same floor plan, on the other end of the street, six months ago.

It’s a great time to sell. But what can you buy?

Then there’s the rising cost of groceries. I was loading my online shopping cart and a gallon of milk showed up as $10. I did a double take. It was a computer glitch, but for a few seconds it gave “Got Milk?” new intensity.

I did a mental tally of how many in our extended family have been tested for Covid. Nobody has had it—something we do not take for granted—but nearly half of us have had a Q-tip jammed up our noses. Several were tested after close exposure to someone who was positive, someone else needed a test before a surgery and then there was a summer round of head colds and sniffles prompting a flurry of “just to be sure” tests.

Oh, the times we live in.

We’re not the first to say that.

Others said it during World War I, the Spanish Flu, the Great Depression, World War II, polio, Korea, the fight for Civil Rights, the quagmire of Vietnam and the horror of 9/11.

There’s a saying that “A smooth sea never made a skilled sailor.” Some say it is an old English proverb, others attribute it to Franklin D. Roosevelt, whose four-term presidency spanned the Great Depression and World War II. The man knew a thing or two about rough waters.

Smooth sailing doesn’t reveal what we are made of—it’s when the waves crash, the wind screams, and the night is long that we learn what we’re made of.

Checking my sea legs now. So far, so good, but the nausea is awful.

Rough seas may be with us a while longer. No one knows for certain and it is uncertainty that sends us reeling.

Previous generations were better prepared for upheaval. Necessity made them more self-reliant.

Funny how the words and voices of others come to mind during challenging times. They serve as anchors.

Churchill said, “Fear is a reaction; courage is a decision.”

It looks so easy, words in print.

If ever a sage calls from the past, it is Abraham Lincoln. “I have been driven many times upon my knees by the overwhelming conviction that I had nowhere else to go. My own wisdom and that of all about me seemed insufficient for that day.”

Perhaps it is awareness of our insufficiency that keeps us on edge. Or on our knees.

May we steady ourselves and sail on.