Our one and only New Year’s Eve tradition is putting a coin outdoors before the clock strikes 12. Every year a coin goes out; every year a coin come back in. The husband insists the custom is supposed to bring good fortune and prosperity.

We are still waiting.

We’ve also had black-eyed peas on New Year’s Day a time or two, another tradition that is supposed to bring good fortune, but for the most part our celebrations have stagnated.

We’re so predictable it’s painful. Routine is our middle name.

I’ve been reading about traditions around the world and think we may go global this year.

People in Romania are about coins just like we are, only they throw them into the river. Maybe that’s where we went wrong. We held onto the coins instead of tossing them. This year we go to the river and throw.

In Spain, people eat a grape for every strike of the hour at midnight. I can’t quite visualize eating 12 grapes at a time (nor do I want to), but in the name of adventure, I’m not ruling it out.

In some parts of South Africa they throw old furniture out the window. And to think of the years we spent watching the ball drop over Times Square on television when we could have been throwing furniture.

In Columbia people carry suitcases around with them in hopes of having a year filled with travel. It’s certainly worth a try.

People in Switzerland often drop a dollop of ice cream on the floor. I suppose as long as they all clean up after themselves there is no harm, but it’s still a waste of ice cream.

In several other countries people throw buckets of water out of the windows for good fortune. We thought cheese and crackers was a celebration.

In Denmark people often stand on top of chairs and literally jump into the New Year at the stroke of midnight.

We’re going to be ready this year. We will be standing on chairs by the river, our pockets bulging with coins and our hands clenching clusters of grapes. At the stroke of 12, we will throw coins, jump off the chairs and scarf down a dozen grapes.

We will then trek home carrying suitcases filled with unused dishes, which we plan on smashing against the doorways of close friends and family.

Should we actually make it home before we have been apprehended by our formerly close friends and family, we will feast on stacks of pancakes, drop ice cream on the floor and heave buckets of water out the window, as well as our old piano.

Out with the old, in with the new!

Every Monday I post the column that I send to the outlets that distribute me, but because they all work almost a week in advance, that would mean you’d be reading a column about New Year’s today. So instead of rushing Christmas, I’m posting a few of my favorite things this Christmas season and hope you enjoy them, too.

Nativity scenes staged by little hands
One of our daughter’s little ones have a plastic nativity set that they rearrange nearly every day. These are a few of the pictures we have received, along with titles speculating as to what may have been going through their minds. 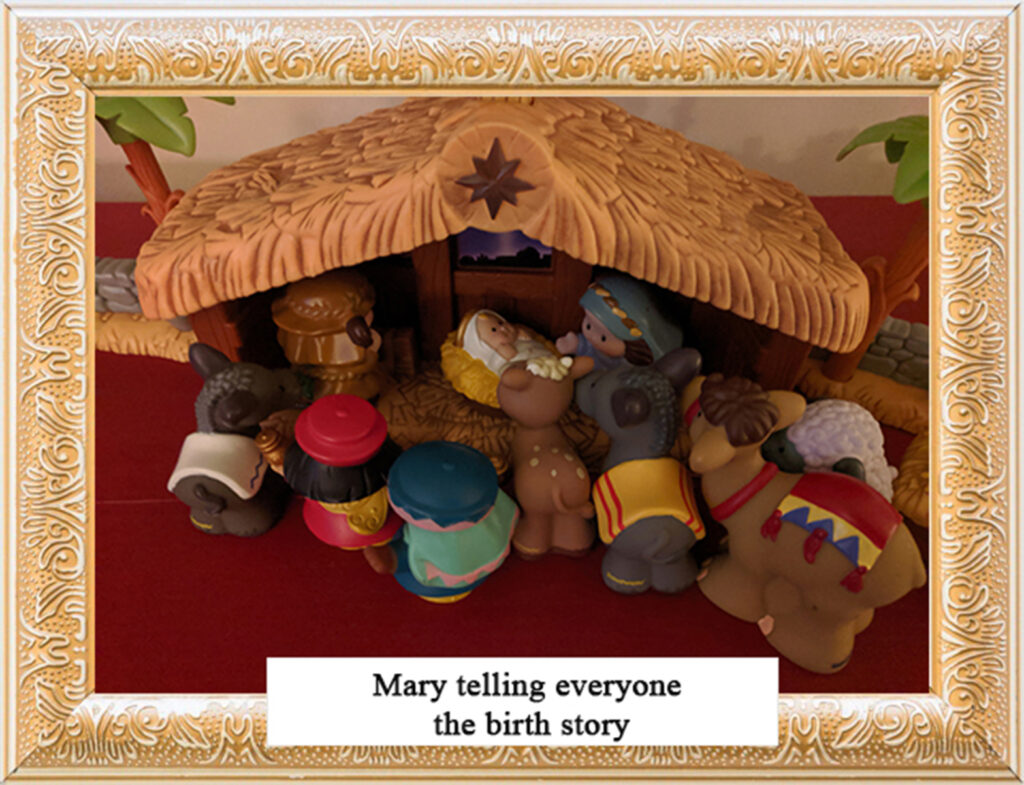 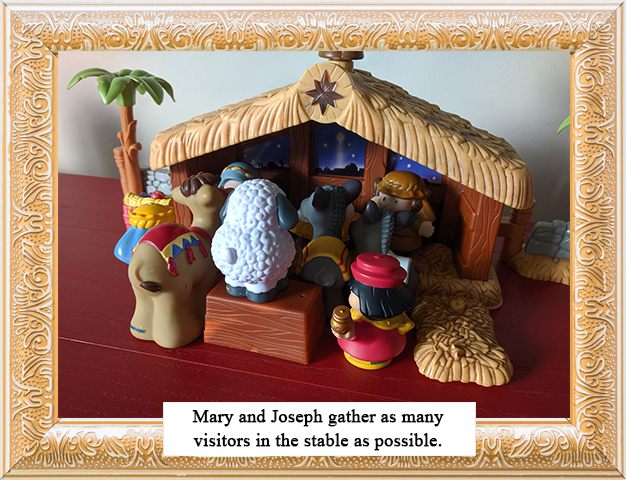 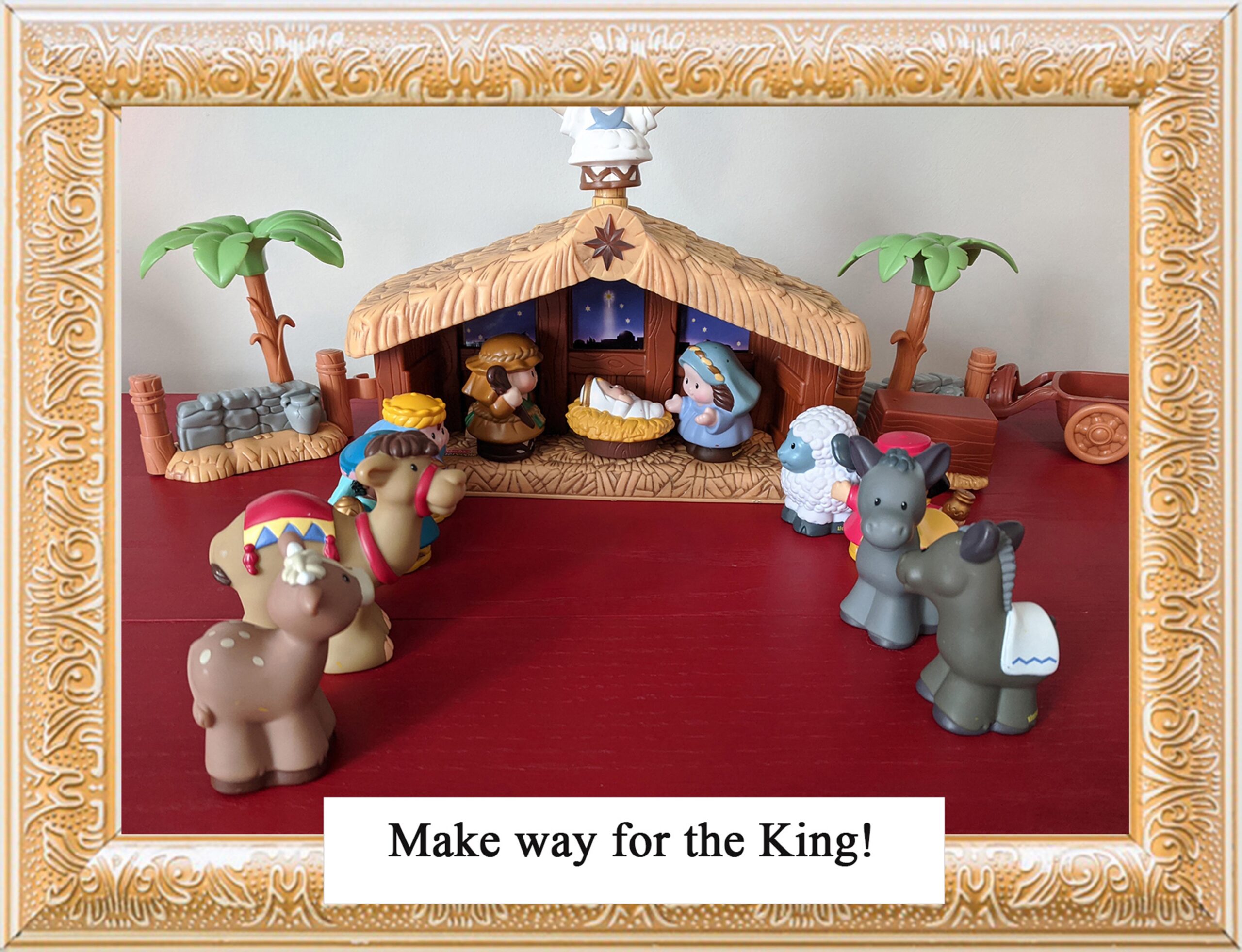 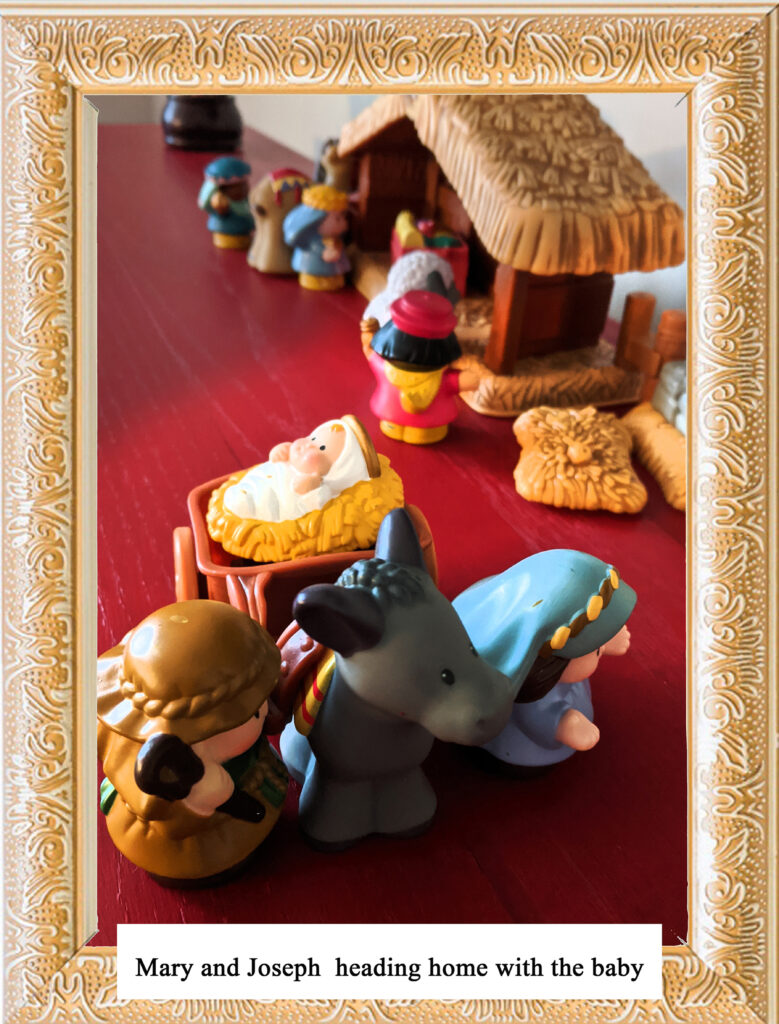 This ornament is a hoot!
A 10-year-old Georgia girl came crying to her mother that one of the Christmas tree ornaments was scaring her. The mother, who has several owl ornaments on her tree, investigated and found a real owl perched in the tree. The family tried leaving the doors and windows open, but the owl didn’t budge. They finally called a wildlife expert who captured the screech owl. They think it was in the tree as long as it had been in their house — more than a week. 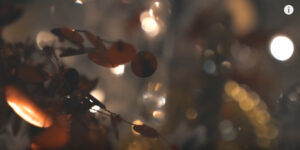 The Sad Side of Christmas
We do a lot of pretending at Christmas — that it really  is the “Hap, happiest time of the year” when in truth, it is often a conflicting and sad time for many. Craig Aven, wrote a song titled, “The Sweetest Gift.” A member of Piano Guys lost his daughter last year, heard the song and asked Craig to record it with them. This song is dedicated to everyone who is missing someone and could use some comfort. Click here

But be sure you come back because there’s one more you have to see below.

Absolutely beautiful
This is a wonderful musical and visual portrayal of the nativity. A feast for the senses! Click here

From our home to yours Merry Christmas!

One day of the year over the Christmas holiday, our children and grandchildren are our prisoners for the entire day.

We lure them in with lights on the house, a wreath on the door, gifts under the tree, mugs of hot chocolate and wonderful aromas emanating from the kitchen. Once we get them all inside, we bolt the door.

They couldn’t escape if they wanted. Coats and jackets piled on the hall tree spill onto the floor beside mittens and gloves, puffy snowsuits, wet boots and bulging diaper bags, creating a virtual barricade to the front door.

If there were ever an emergency, we’d all have to bail out through the windows.

My favorite part of the day is “after”— after the gifts, after the meal, after the last piece of pecan pie has disappeared, after the last blast of aerosol whipped cream has been shot into a kid’s mouth, after the kitchen has been returned to some semblance of order and after the dishwasher begins to hum.

The energy wanes, the commotion quiets and a lull descends. A game of checkers unfolds on the rug. One of our sons-in-law falls asleep on the couch and the other often naps in a wingback chair. I like that. It tells me they feel at home.

During this brief pause I can watch and study the grands, noting growth and changes and see family resemblances.

A little one is on her daddy’s lap reading him a book. They have the same eyes. A toddler curls next to her momma on the sofa. Their skin and hair color differ, but she is the same spitfire her momma was at that age.

Three of the kids have double-jointed toes just like their dad. Our gatherings are highbrow.

Our son loved building when he was a boy and his sons are carbon copies. His youngest built a Lego contraption that will hold four drink cups and can be wheeled down the center of the table at mealtime.

The resemblances between parents and children are a wonder to observe as we lounge about in the aftermath of the holiday. Even more wondrous is the resemblance between another father and son that is the very heart and soul of Christmas.

In the deep of night, long ago, there was another lull, one of a most holy sort. A baby boy was born to peasants in a manger stall. The birth of Christ is celebrated because the son bore far more than a resemblance to his heavenly father—he was the exact representation of the father, a mirror image of heart, intention and purpose.

That is the true wonder of Christmas, worthy of reflection.